I was born in the Isle of Ely, outside Cambridge in England. The city of Ely was once an island and is famous for its magnificent cathedral, pictured at the top of the first page. The caricature of the Queen and corgi on the Tips for Learning English page is by my relative, Roger Law, co-creator of Spitting Image.

The Isle of Ely will soon be home to the first Japanese sake brewery in the UK at Fordham Abbey.

I have loved football all my life and have played as goalkeeper since I was very young. When I was 13, I played for a soccer school England team in an international tournament in Switzerland. I continued to play at university and, now I am old, I am the goalkeeper for the Fukuoka University professors’ football team.

Our team is drawn from all faculties. As well as enjoying playing sport and the camaraderie of the team, it is also an opportunity to talk interdisciplinarily with researchers from other disciplines. Our team has included specialists in speech recognition, augmented reality, artificial intelligence, linguistics, English as a foreign language, biology, apiology, sports science, robotics, and neurology, among other subjects. The team is also very international: as well as many Japanese players, we have had players from Australia, Austria, Canada, China, France, Moldova, the Ukraine, USA and England, and we speak about five languages. In the last couple of years, two neurosurgeons from the university hospital joined our squad, making us perhaps the smartest team in Japan.

Every year we play in a large professors’ football tournament in Korea. In 2010, we reached the semi-final (see photo).

We also have an ad hoc English Department staff-student futsal team. A couple of years ago, the team won a small tournament (see below). 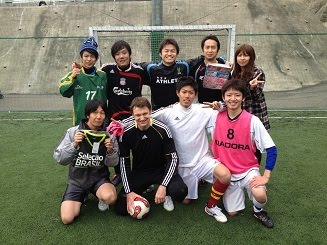 The Fukuoka University student team is one of the best in Japan. Kensuke Nagai, who now plays for Nagoya Grampus and has been capped for the Japan national team, graduated from the university in 2010.

In February 2016, we travelled to Hong Kong to play the professors’ and staff team of the Chinese University of Hong Kong. We also played the Shenzhen Lawyers Football Club, from mainland China, and another team from Hong Kong, Northward United (photo below).

In 2018 I played for Wolfson College while on sabbatical at Cambridge University. The team were triple champions, winning the league, cup and tournament competitions. 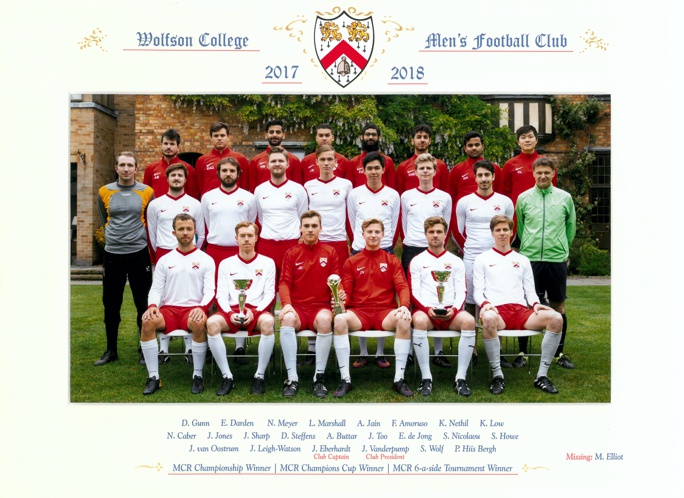 If you have a professors’ team at your university, in Japan or abroad, and would like to play a match against Fukuoka University Professors in Japan, please contact me.

If you would like to read about playing goalkeeper, see Albert Camus, Lev Yashin, Gordon Banks, and the best current goalkeeper, Manuel Neuer of Germany. Perhaps the most famous academic goalkeeper is Niels Bohr, who played a number of matches for the Akademisk Boldklub in Copenhagen.